This July, Shift Real Estate Investments (“Shift”) is breaking ground on their major commercial development project in Downtown Coaldale known as Civic Square. The new commercial building represents millions of dollars of private investment into the revitalization of Coaldale’s Main Street and will also include space for a new Town Office.

“We’re thrilled that Shift is breaking ground on the long-anticipated Civic Square project,” said Coaldale Mayor Kim Craig. “This investment into our downtown core is a perfect example of the success of Coaldale’s innovative approach to spurring investment in our growing community.”

“We’re excited for our first major project in Coaldale to come to life,” said Chet Oberkirsch, Managing Director of Shift Real Estate Investments LP. “Shift is a younger branch of our parent company, Davis Auto Group, and we’re always searching for attractive new opportunities in Southern Alberta. Coaldale’s competitive tax rates coupled with the Town’s foresight to consolidate several smaller lots in the heart of downtown Coaldale made a project of this scale attractive for us in a way that wouldn’t likely have been possible without their support. We know the space will serve the Town well and will also provide great opportunities for businesses to locate in a new modern building right on Main Street.”

Shift will retain ownership of the commercial space within the Civic Square building in Phase 1; from there, they will lease out or sell the respective commercial units for new businesses to occupy.

“As a resident of Coaldale, I’m thrilled to be a part of the tremendous momentum and opportunity in the Town, particularly in the downtown core,” said Oberkisrch. “Civic Square will not only be a new commercial centre in Coaldale; it also has great potential to double as a vibrant, multi-use space where everyone can gather, visit, and celebrate in the heart of the community.”

Once Phase 1 of Civic Square is complete, the Town of Coaldale will own the administrative office space on the second floor as well as the atrium, meeting rooms and Council Chambers on the main floor. Future phases will include additional commercial redevelopment of neighbouring properties.

“For several years, pre-dating even our current Council term, Town Council has been contributing to a reserve fund to be used specifically for the construction of a new office space, recognizing that we’ve outgrown our existing building,” said Mayor Craig. “This is standard practice in all municipal governments; however, Coaldale took an innovative approach to this project by recognizing that there was an opportunity here to see beyond our own needs for a new office and instead providing private developers and investors with the opportunity to bid on constructing a major commercial development that will also attract and retain businesses in our growing downtown. After reviewing several great proposals, Shift was chosen to take on the project and we’re excited to see the final result come to fruition. Civic Square is representative of the innovative approach the Town has taken to promote our continued growth and prosperity and will serve as the centerpiece of Coaldale’s revitalized Main Street for years to come.” 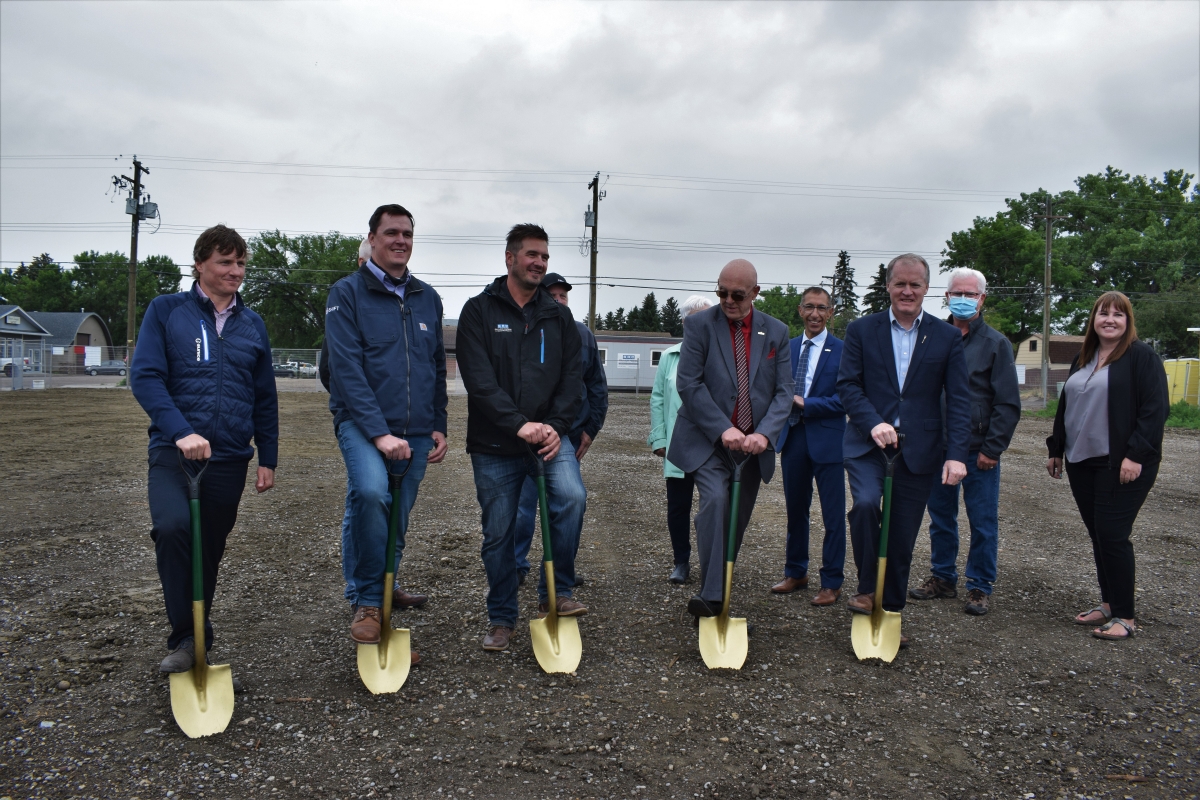