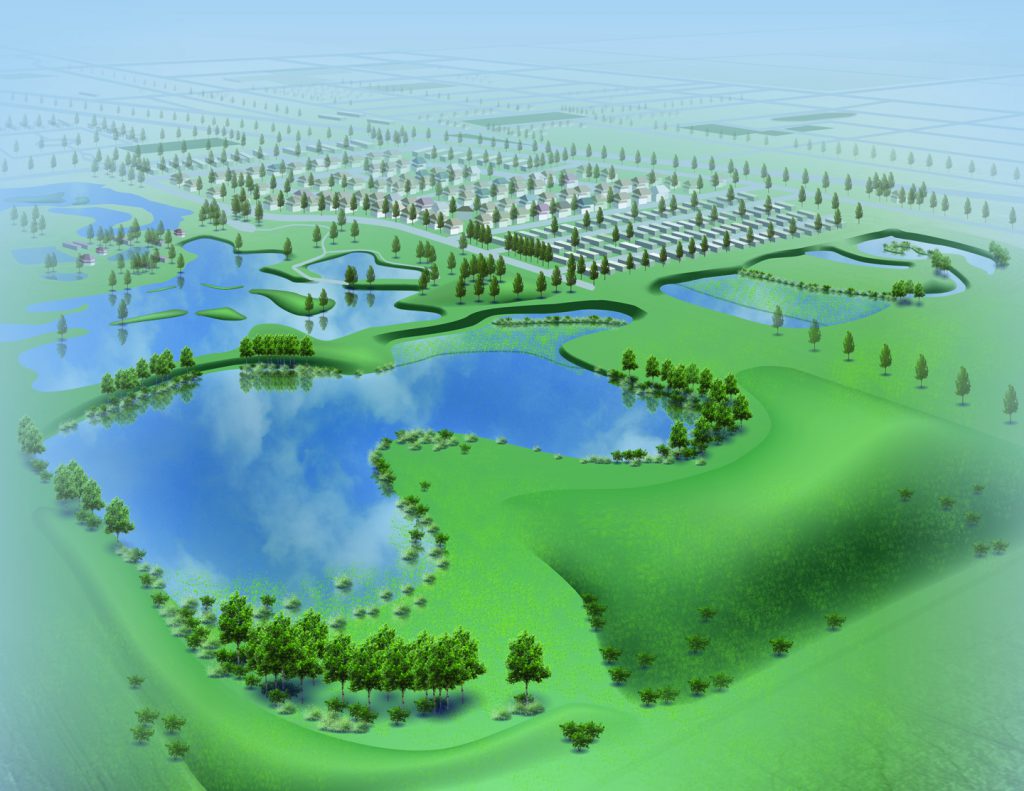 Artists rendering of NW Wetlands and Stormwater Retention pond as part of Malloy Drain phase 2A project in Coaldale. Looking from the Northwest towards the Southeast.

Lethbridge County, St. Mary River Irrigation District, and the Town of Coaldale are pleased to announce that construction is scheduled to begin later this month on phase 2A of the Malloy Drain Stormwater Management project.

This project is funded through a $4.38-million grant from the province of Alberta’s “Alberta Community Resiliency program” and local contributions of $340,000 each from Lethbridge County, St. Mary River Irrigation District and the Town of Coaldale.

Phase 2A will be completed in two parts: 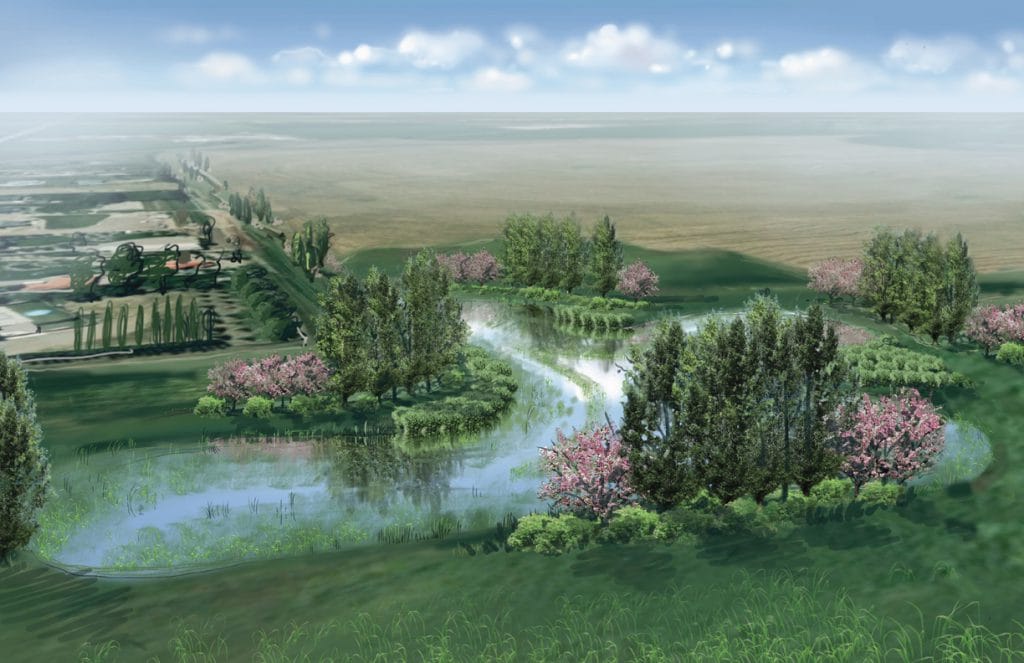 Artist rendering of South pond and pipeline project on the Southwest corner of Coaldale. part of the overall Malloy Drain Stormwater Management project. 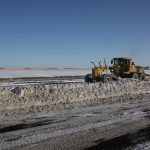 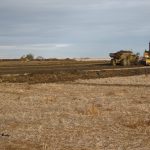 Topsoil stripping for phase 2A of the Malloy Drain project during early stage of construction in November. 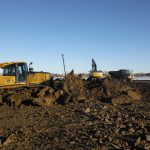 Excavation work on the South pond and pipeline on the Malloy Drain Stormwater Management project. 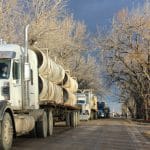 Multiple truck loads of pipe arrive for the South pond and pipeline project. 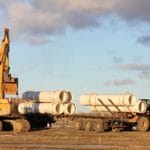 Pipe is off loaded for the South pond and pipeline project. 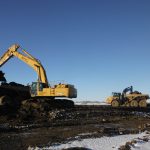 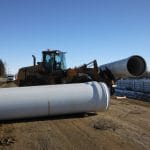 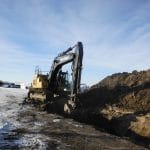 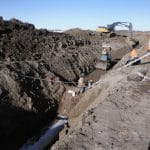 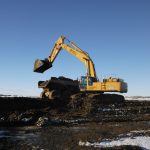 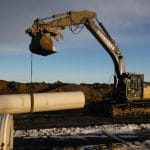 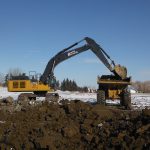 Dennis Dirtworx continues excavation of the "Patterned Treatment Fern" and the “Treatment Marsh”. 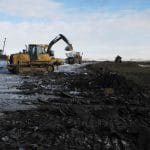 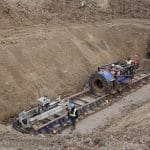 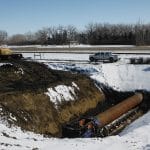 OssaTerra’s tracked hydraulic excavator is shown working with the crew from Calgary Tunneling to remove the earth removed from inside the steel casing as it is jacked in place under the Cp railway and Hwy 3.