CDES firefighters responded to three fires and one medical call on Tuesday, May 18

Coaldale & District Emergency Services (CDES) were busy on Tuesday responding to three fires and one medical assist. CDES first responded to a small non-dwelling structure fire at 0720 hrs Tuesday morning. A small chicken coop caught fire and spread to nearby grass and shrubs in Lethbridge County; three chicks perished in the fire. Ten firefighters responded and quickly extinguished the fire.

The next call came in as crews were returning to the station at 0820 hrs for a medical assist requested by Alberta Health Services EMS. CDES was later requested by Lethbridge Fire and Emergency Services (LFES) to assist with a grass fire along Scenic Drive. Several CDES units responded to the LFES and were quickly cleared once on the scene as Lethbridge Fire had the fire contained.

Shortly after returning to the station, firefighters were called for an outdoor fire in Lethbridge County that was spreading out of control due to the strong winds. CDES came on scene and requested a water tender to respond from Lethbridge Fire for assistance. The fire was contained and extinguished by the crews in approximately an hour and a half.

Overall, there were 42.5 hrs of volunteer time put in over the day responding to these four calls.

Fire Chief Kevin McKeown expressed his gratitude for the hard work put forward by Coaldale’s volunteer and career firefighters as well as the support from local businesses that allow daytime firefighters to respond from work:

“We are fortunate for the high level of dedication and commitment our volunteer firefighters have in serving our communities,” said Chief McKeown. “Especially during a day like yesterday, when you're running to calls all day, we are so thankful for the local business support; when you lose employees for the majority of the day, they lose productivity on their end. That is one reason the Town of Coaldale implemented the Volunteer Firefighter Business Tax credit last year, to acknowledge and thank our local businesses for their sacrifice.” 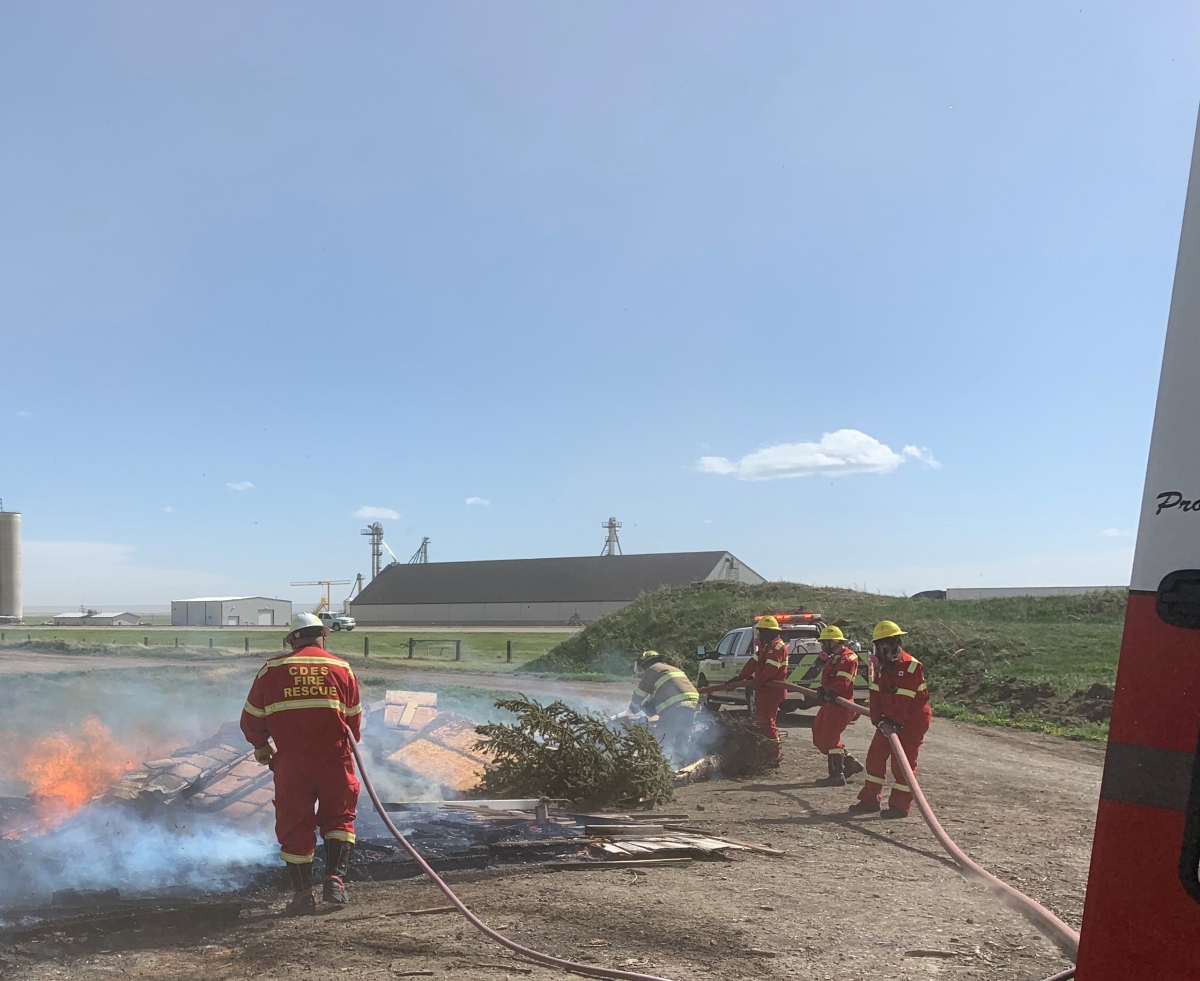