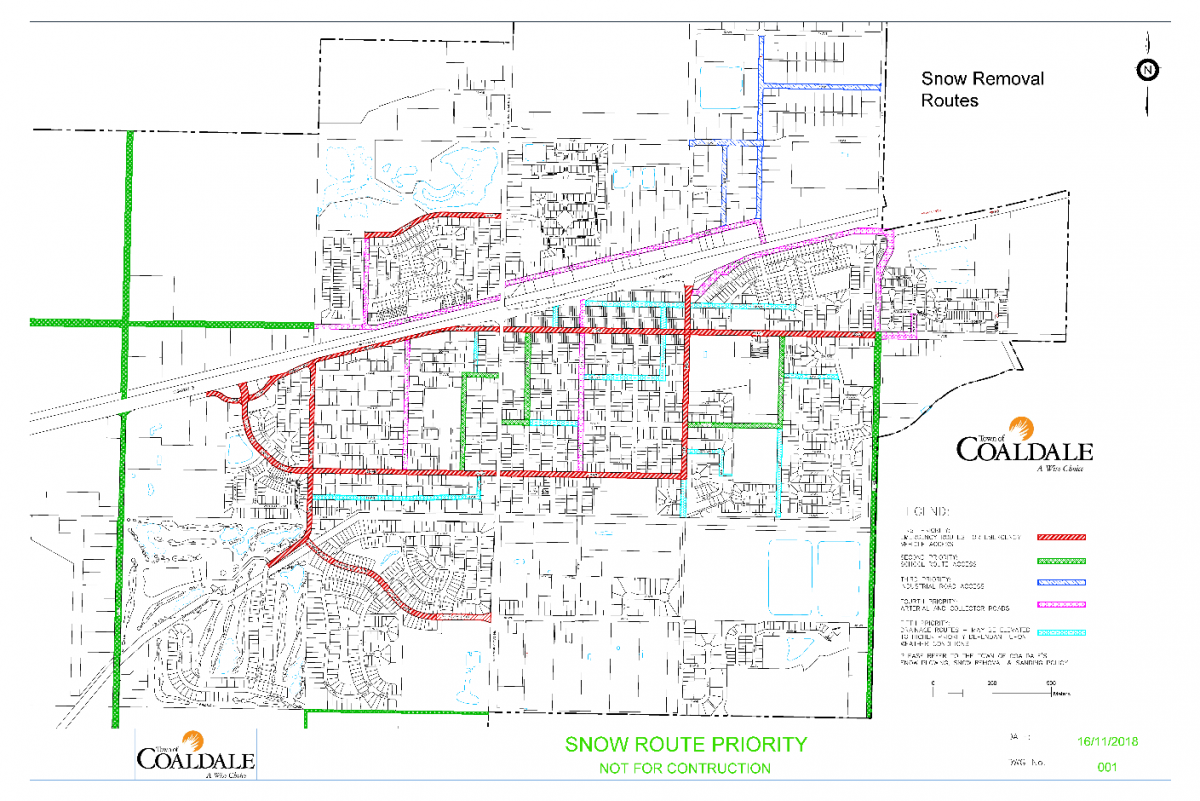 With winter weather now upon us, Coaldale Town Council is encouraging Town residents to take a few moments to familiarize themselves with the Town’s Snow Removal Policy.

Last revised in February, 2021, the policy specifies exactly when and where residents can expect to see Town crews operating snow plow and snow removal equipment through the 2022-2023 winter season. “The reason we have this policy is essentially to demystify a process that each winter, many residents have questions about but aren’t necessarily aware of”, said Justin MacPherson, Director of Operational Services. “When large snow events occur, people naturally want to know why some roads are plowed before others and some not at all. This policy answers those questions and keeps residents in the loop about when and where they can expect to see our crews in the hours and days following a large snow fall.”

According to the policy, after “large snow events” (where approximately 10 centimeters (4 inches) of snow has fallen), snow plowing will commence on a prioritized basis. Priority 1 routes are routes used by emergency vehicles and include 16th Ave, 20th Ave, Land O’ Lakes Drive, 23rd Ave, 24th Street, and Cottonwood Drive. Priority 2 routes are routes that provide access to local schools and include 8th Street, portions of 11th Street and 22nd Ave, a portion of 19th Street, 21st Street, and 30th Street. Finally, priority 3 and 4 routes consist of industrial roads and arterial and collector roads, as well as drifted intersections, blocked streets, and other designated areas.

“From a governance perspective, it’s important to have policies that shine a light on operational processes that directly affect our residents and businesses”, said Town of Coaldale Mayor Jack Van Rijn. “This way, Town residents can rest assured that no one is arbitrarily deciding which roads get plowed first and which ones last, and that the Town’s resources are being used in a strategic well-thought-out manner.”

The policy also outlines the conditions under which sanding will occur, where snow fences will be placed, and what sidewalks will be cleared by the Town.